NEW ORLEANS, LA - September 4, 2005: Evacuees from New Orleans were being flown to the city's airport via helicopter and unloaded on the tarmac. Unloaded on the tarmac in a scene similar to that of a war zone evacuation, they were then hustled from the helicopter onto waiting cargo carts ( normally used to move luggage) and rushed amid a throng of volunteers and into the airport where they received medical attention. Shortly after entering the airport, evacuees were screened and divided nto groups of 50 and told to go to a certain boarding gate. Evacuees only find out the destination of the flight, and their new temporary home, after boarding the flight. (Photo by Todd Bigelow/Aurora)..Chaney family arrives in West Palm, Beach, Florida. Anthony, foreground, and Kenneth are excited to hear they will be receiving cell phones, have a new apartment, clothes and help for the next two months at a private complex in Boynton Beach, Florida.......Members of the Chaney family, Kenneth (large man with straw hat), Anthony (other man with shorts), Elaine (younger woman), and Julia (woman with MLK prayer fan and hat--she's Ken's and Anthony's mother). Joseph (yellow shirt,using cane to walk) and Velma (red shorts and white ball cap). Joseph and Velma are Elaine's parents...... (Last name TK--check with reporter ken lee).. 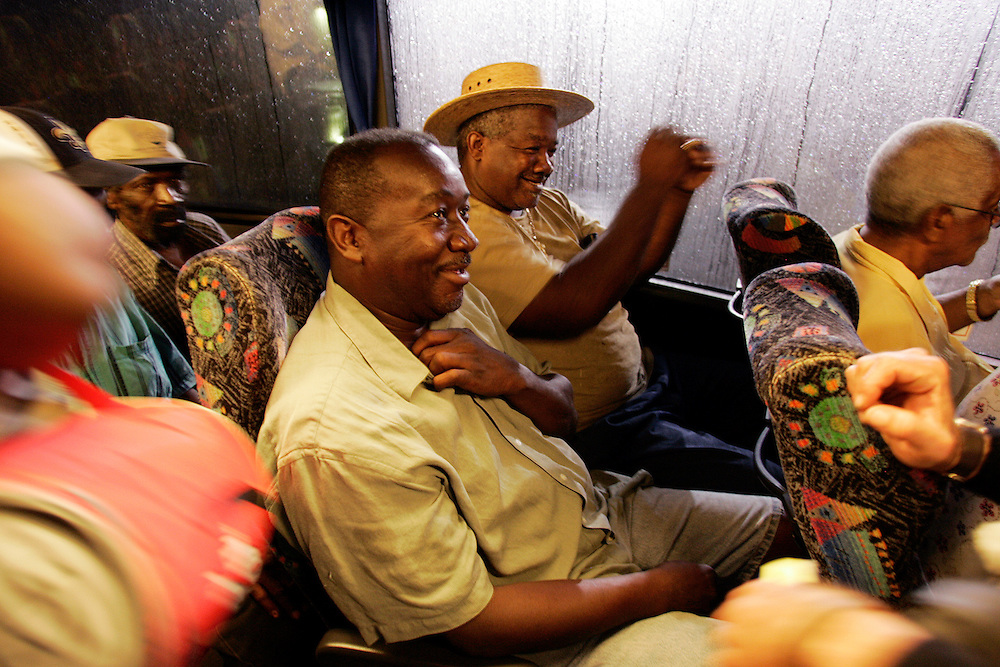